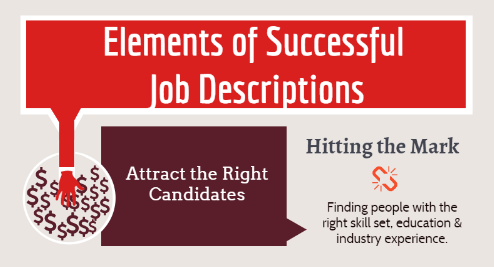 An effective job descriptions is the foundation for finding top-tier talent. What should you include? Who should weigh in on the final description? View our infographic to find out!  END_OF_DOCUMENT_TOKEN_TO_BE_REPLACED Increased globalization has changed the way we do business and contributed to the International Standard Organization’s (ISO) release of major revisions to its Quality Standards in September 2015. The release of ISO 9001:2015, the first major change since 2000, is a shift in standards as a response to advancements in business diversity, global commerce, more complex supply chains and technology. According to ISO, there are many benefits to adopting the new standards. END_OF_DOCUMENT_TOKEN_TO_BE_REPLACED Creating a Successful Partnership with your Staffing Agency

If you are a company that currently uses or plans to use a staffing firm, you are likely facing one of these situations:                 -You don’t have the time or resources required to find the quality talent you’re looking for                 -You need contract or temporary labor for a special project or seasonal demands                 -You can’t seem to find the industry specific talent needed for your open positions Whether you’re struggling with one or all of the above, staffing agencies are here to fill your hiring needs. END_OF_DOCUMENT_TOKEN_TO_BE_REPLACED 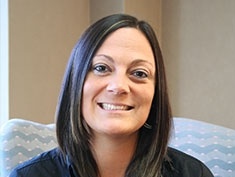 Tax Season: Planning Ahead for Success

With tax season in full swing, Tracy Vistine, Director of Recruiting at Messina Group and Accounting & Finance staffing expert of 10 years, provides insight into the accounting industry’s busiest time of year and how to come out on top. END_OF_DOCUMENT_TOKEN_TO_BE_REPLACED 5 Not So Obvious Ways to Recruit Employees

With the job market getting hot again, talented candidates are receiving multiple offers – and quickly leaving the pool of available workers. Companies must move fast when positions become available, and become a little more creative when searching for the perfect candidate. If you have a thoughtfully written job description and fully vetted your internal systems for hiring, it’s time to gear up for a few non-traditional ways of locating talent: END_OF_DOCUMENT_TOKEN_TO_BE_REPLACED Making a Counter Offer to Retain an Employee [Infographic]

When an employee turns in their resignation notice, you have two options: Accept the resignation Try to convince the employee to stay Depending on the employee and working relationship, a counter offer may make sense. END_OF_DOCUMENT_TOKEN_TO_BE_REPLACED Counter Offers: When They Make Sense

Your number one (or number three) employee just turned in their notice. Do you try convincing them to stay? END_OF_DOCUMENT_TOKEN_TO_BE_REPLACED 5 Tips for Working with Staffing Firms

When you first partner with an agency for contact or direct hire staffing, one of three things is happening: You are not able to find qualified candidates who meet everyone’s requirements You need temporary labor or contract employees for a project On-staff recruiters are too busy or not able to screen candidates due to the particular nature of the position. Staffing agencies fill these gaps. Through sources that include propriety databases, licenses and skilled recruiters, staffing firms find qualified candidates who are ready to join your team.  END_OF_DOCUMENT_TOKEN_TO_BE_REPLACED How to Write a Job Description that Attracts the Right Candidates

Being on a team that gets results is the one of the joys of going to work each day. During the hiring process, people may seem like a great fit on paper, but once they come in for the interview, something is not quite right. The experience could be off the mark or they may not have a key skill. How do you overcome these deficiencies to get the right players onboard? Tighten up the job description! END_OF_DOCUMENT_TOKEN_TO_BE_REPLACED

Donkeys vs. Elephants: What ACA Means for Humans

Since it was passed into law in 2010, the Affordable Care Act (ACA) has been a constant source of political debate. There is one thing that everyone agrees on: implementation of the ACA is a complicated process with hard-to-predict consequences. The landmark healthcare reform bill will be a mixed bag with both positive and negative consequences. First the bad news. Under the ACA, all companies—including staffing firms—with at least 100 full-time employees (defined as workers who work at least 30 hours a week), will be required to provide health insurance to their employees starting on January 1, 2015. For companies with 50 to 99 employees, the requirement has been pushed back until January 1, 2016. Companies that don’t comply with the requirement face a $2,000 penalty per employee. Staffing firms will either list health insurance as an invoice line item; or simply increase their bill rates to account for the new overhead expense. Messina Group will show the fee as a line item on invoices. Now for the good news. END_OF_DOCUMENT_TOKEN_TO_BE_REPLACED