Spotting Characteristics of Success in Your Potential Candidate

Is there really a key to being successful? It’s said that successful people tend to share common habits and 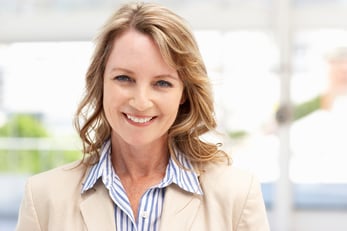 personality traits like having a morning routine of waking up early compared to consistently hitting the snooze button. Getting a read into a candidate’s characteristics and their potential success in your open position, is a difficult but necessary step to hiring effective individuals. However, some of these important traits are harder to spot than others, especially when you’re trying to unearth these characteristics from a piece of paper or an introductory interview. Read on to learn how to spot five qualities that we think make successful candidates.

An individual’s attitude can make or break their success since their overall outlook can affect vital skills like how they approach tasks and interact with coworkers. A person’s attitude is relatively easy to determine when spending time with them, but is it something that can be derived from a mere resume? Nothing really compares to one-on-one time where you can really delve into their mindset.

When in an interview, one good way to learn about a candidate's overall positivity is to ask them to give a specific example of when they accomplished something that they couldn’t have otherwise, because of their positive attitude.

Hiring someone that is a self-starter is a proactive move for your company. They can hit the ground running and produce more innovate work due to their ability to think independently. A self-starter is hard to spot until they are working in the position. While a resume can sometimes display achievements and opportunities seized through utilizing this trait, it’s a little tricky.

Try asking them to identify a time when they were able to work independently and how that contributed to the overall project so you can learn more about their self-starting aptitude.

Having an employee that is eager to succeed and rise through the company's ranks is not a risk but a positive characteristic, as they will work their hardest with every task they are given. Perhaps ultimately driving both their success and yours. A hard-working individual is spotted by their willingness to prove they are worthy of the position by stepping up and repeatedly seeing tasks through.

In an interview setting, determining if a potential candidate has the hardworking trait can be drawn out by asking them to highlight a past experience that turned out differently because of their hard work. Ask them what specific steps they took to succeed.

Reliability is a trait that is hard to judge until you have interacted with the candidate, as it is usually something that needs to be earned. However, it can be somewhat interpreted by looking at a resume. Typically, a reliable person will have held fewer jobs in which they were trusted with meaningful tasks, where they proved they were a reliable employee.

In an interview, you can invite them to share what their previous boss would say if asked how they’ve demonstrated reliability on the job.

Hiring an individual that is self-aware and a good communicator will help your company in the long run. When a new hire communicates their thoughts accurately and effectively it saves time and headaches for you and your staff. In addition, depending on the position, being able to represent themselves or your product is a vital part of overall success.

A good communicator should be able to process your interview questions by relaying clear and concise answers that tie their experience to your hiring need.

Interested in adding talent with characteristics of success to your team? Learn more today! 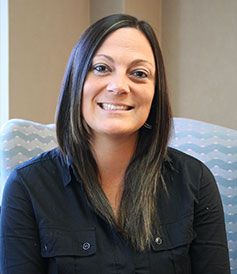 Tracy Vistine brings more than 10 years of experience in recruiting and staffing to her role as director of recruiting for the Messina Group. Tracy joined the firm in 2005, and under her recruiting direction, Messina’s Financial Temps group has consistently provided clients with proven financial and accounting talent for their staffing and consulting needs. Before joining Messina, Tracy worked as a recruiting specialist for a Wall Street-based financial services firm. As an expert in sourcing, managing, and placing top-notch candidates, Tracy is passionate about connecting qualified talent with the right employment opportunity. Tracy is passionate about spending time with her family, traveling and reading.